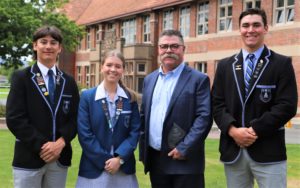 Launceston Grammar alumnus, David Boon MBE has sustained a life-long career in the world of international cricket and is the first sportsperson to receive the school’s annual Peter Sculthorpe Alumnus Award.

Named after eminent Australian composer and Old Launcestonian Peter Sculthorpe, the award was created in 2015 by fellow alumni, Ross Youngman and John Ferrall, to honour a member of the Launceston Grammar community who has made a significant achievement within their chosen field of endeavour. Debuting as a 17-year-old playing First Class Cricket for Tasmania in 1978/79, David’s resilience was an essential ingredient in Australia’s revival as a cricketing power in the late 1980s and early 1990 where he rose to become Australia’s top batsman in the early 1990s.

Former Australian Prime Minister, Paul Keating said of David, ‘When the team were up against it, we came to count on you to fight with skill and courage’.

David Boon, who is now Chairman of Cricket Tasmania, was recognised at a special event with Grades 7 to 9 in attendance on Thursday 1 December with his name added to an Honour Board on display within the school’s Senior Campus Assembly Hall. 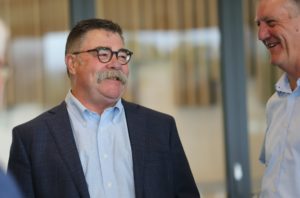