A School of Service Yesterday in our Memorial Chapel we paused to remember the service men and women from Australia, but especially those that are ...

A School of Service

Yesterday in our Memorial Chapel we paused to remember the service men and women from Australia, but especially those that are alumni of this School.

Launceston Grammar has a long history of service dating back to its inception, and over many years it has seen its students march off to battle fields far away.  While many returned home many of them were not the same people that left our shores, damaged physically, emotionally and spiritually. Amazingly though, they persevered raising families and nurturing the next generation. Some, however, never returned home. Generations of husbands and wives who never returned to their children and partners. The Roman philosopher Herodotus wrote so many years ago that “in peace sons bury their fathers, in war fathers bury their sons”. In a school with such a rich tradition as ours, so many of our buildings were erected to mark the memory of those who served and those who fell. For the sons and daughters that lay in the land of another country.

Yesterday we joined together with alumni of the School to remember all of the fallen, but in particular, Richard Atkinson, who died 10 years ago this year serving in Afghanistan. Richard was a great sportsman, a natural leader with an infectious grin, cheeky smile and a twinkle in his eye. This generation of young men and women who served are incredibly brave as they entered the military at war. Unlike the naive young boys of WW1 who thought war a great adventure, these young men and women knew that they would be placing themselves in harms way. Richard, as part of his preparations for the battlefront, had made plans in the event that he would not return home.  He made it clear who would contact his mother and father and his fiancé. A bad day in his world was literally the difference between life and death. In my world a bad day might involve a photocopier jamming or a paper cut. It is funny that it takes these moments of pause and reflection to make me realise what is important. I recently read, after a tragic shooting on the North West Coast, the attending officer said that all parents should go home and hug their kids. Whilst Richard’s life was cut short at such an early age what a mark he made in that time. A son, a brother, a partner, and a mate to many. Richard’s mark will live on at the School every time we talk of him and remember his service and sacrifice, his friendship. It was particularly moving to hear students at the school sing in Flanders Field as the service commenced yesterday. I know many of our alumni that are veterans and were in attendance spoke of the angelic voices in such stark contract to the tragedy of war. In the service we heard that there is no greater love than to lay down ones life for another. So many brave young men and women have done just that. To honour their memory we must live. We must become the best version of ourselves.  We must encourage our children to sing, to play, to embrace all they have before them. To live the life denied to those who never came home. And lastly, to remember them.

They shall not grow old as we that are left grow old.

And for those of us who remember and cherish those that are lost, we take a little piece of that memory and pass it on, pay it forward so that the name on an honour board is so much more than a name.  It’s a story that will be told. For me when I see Richard’s name on an honour board I see not a name but a cheeky boy with a grin or his face, a twinkle in his eyes, mates by his side and a soccer ball at his feet. He will always be there.

We will remember him. Lest we forget.

Please enjoy the weekend with your kids and remember to give them a hug.

The Old Launcestonians’ Association (OLA) is seeking interested candidates to apply for a position on the Launceston Church Grammar School Board. The ...

The Old Launcestonians’ Association (OLA) is seeking interested candidates to apply for a position on the Launceston Church Grammar School Board. The successful candidate will assist the Board in guiding Launceston Grammar through its next stage of growth and development.

This position will suit candidates who align with Launceston Grammar’s core values and who aspire to play an active and integral role in the long-term development of the school throughout their 5 year tenure.

Candidates from a broad range of backgrounds and skill sets are encouraged to apply. Candidates should be willing to serve on the Board in a voluntary capacity and be committed to assisting the School and wider Launceston Grammar community

For a confidential discussion or to request a copy of the Position Description, please contact Will Green, President OLA on 0427 050 347.

To submit an application please request a Board Nomination Form from Fleur Castle, Secretary of OLA: ola@lcgs.tas.edu.au

For more information please refer to the OLA page of the School website.

Expressions of interest close by 5pm on Monday 29 November 2021.

Our future Grade 7s have spent Friday 12 November at the Senior Campus, visiting the Log Cabin and their future classrooms, meeting their teachers ...

Our future Grade 7s have spent Friday 12 November at the Senior Campus, visiting the Log Cabin and their future classrooms, meeting their teachers and taking part in activities with new friends.

During the day, the students have the opportunity to take part in various activities, Aviation, Drama and Physical Education to familiarise themselves for the year ahead.

A selection of parents also took the opportunity to visit the campus for a tour led by Head of Senior Campus Nick Foster and Headmaster Richard Ford.The day ended with afternoon tea served outside the Log Cabin, allowing students and parents to talk over the day and thank the current Grade 7s and teaching staff for their warm welcome.

This term, Mr Ellison’s Grade 9 English class studied John Steinbeck’s class novella,  Of Mice and Men  – many parents and even grandparents will ...

This term, Mr Ellison’s Grade 9 English class studied John Steinbeck’s class novella, Of Mice and Men – many parents and even grandparents will have also studied this text when they were at school!

On Tuesday evening, the boys attended a theatrical performance of this narrative at The Earl Arts Centre. In addition to the cost of tickets being paid by the English faculty, an added incentive was a quick bite to eat at Morty’s beforehand! 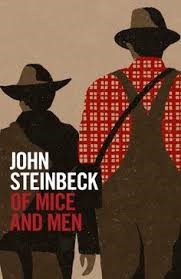 It was wonderful to watch this narrative acted out on stage and it served as a timely revision resource in the lead up to next week’s Grade 9 English examination. What was equally wonderful was that the boys were so enthusiastic and receptive of the opportunity to see an interpretation of this classic, that extended beyond the original text and its cinematic adaptation.

The Tasmania Police Career Development Program is aimed at Grade 12 students from around Tasmania who have a keen interest in becoming a Police Officer.  It is a free, five-day program conducted during school holidays, during which students will live at the Tasmania Police Academy, Rokeby, and experience first-hand what police recruit training involves.

As a part of this program students will undertake the Tasmania Police fitness testing and written examinations.  Those students who are successful in these will progress through to the next stage of the recruitment process and possible employment at the completion of their Grade 12 studies.  More information about the Program can be found at here.

Applications for the April 2022 Career Development Program are now open to current Grade 11 students only.  The Program will be held during the Term 1 holidays.  To apply, Grade 11 students should check their school email account for full details.  Applications are strictly due to the Careers Centre by Monday 23 November.

Explore the Sandy Bay campus, as well as the Institute for Marine and Antarctic Research, School of Creative Arts and more. Free buses will be operating to take you between campuses.

For more information and to register, visit here. 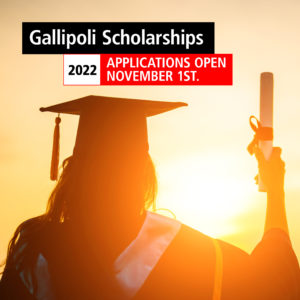 Tune in for a virtual info session to speak with current serving women in Defence to learn more about careers in the Navy, Army and Air Force.

For more information and to register, visit here.

SUPPORT FOR STUDENTS AFTER THE RELEASE OF TCE RESULTS

The arrival of TCE results in December can cause some students to re-evaluate their future plans.  The Careers Centre will be open from 8.30am – 4.00pm on Thursday 16 December (the day after the release of TCE results) to assist students and parents who want to discuss options and/or make changes to tertiary study applications.

I welcome the opportunity to talk with parents and students at any time throughout the school year; please contact me on phone: (03) 6336 6058 or email: careers@lcgs.tas.edu.au.

The Board Chair and Headmaster of Launceston Church Grammar School warmly invites you to the 2021 Graduation & Presentation Evening to celebrate the ...

The Board Chair and Headmaster of Launceston Church Grammar School warmly invites you to the 2021 Graduation & Presentation Evening to celebrate the achievements of students from Grade 5 – 12, as well as farewell the Class of 2021.

Looking Forward, Looking Back The Junior Campus paused to mark Remembrance Day on Thursday. What a powerful reminder of the cost of peace. The Bible ...

The Junior Campus paused to mark Remembrance Day on Thursday.

What a powerful reminder of the cost of peace.

The Bible speaks of this costly love.

Peace comes at a cost.

And this week we remembered all those who had died in war securing our peace. By looking back we see their significant contribution, in shaping our nation.

At this time of year, we also, look forward.

Forward to end of year celebrations and of course to Christmas- where we see God’s love on display.

This is how God showed his love among us: He sent his one and only Son into the world that we might live through him. (1John 4: 9)

The gift of Jesus coming to earth as a baby, born in humble circumstances.

As a school we look forward to remembering God’s love for us as we celebrate Christmas.

A Junior Campus service for students in Kinder – Grade 6 is being planned for Thursday 2 December, starting at 9.30am in the School Chapel (Senior Campus).

There is also the Community Christmas Service, on Wednesday 1 December at St John’s Church from 7.00pm.

Why not plan to join us for one of our wonderful celebrations this year!

(PS I heard some of the beautiful music being practiced for these events and we are in for a musical treat!!)