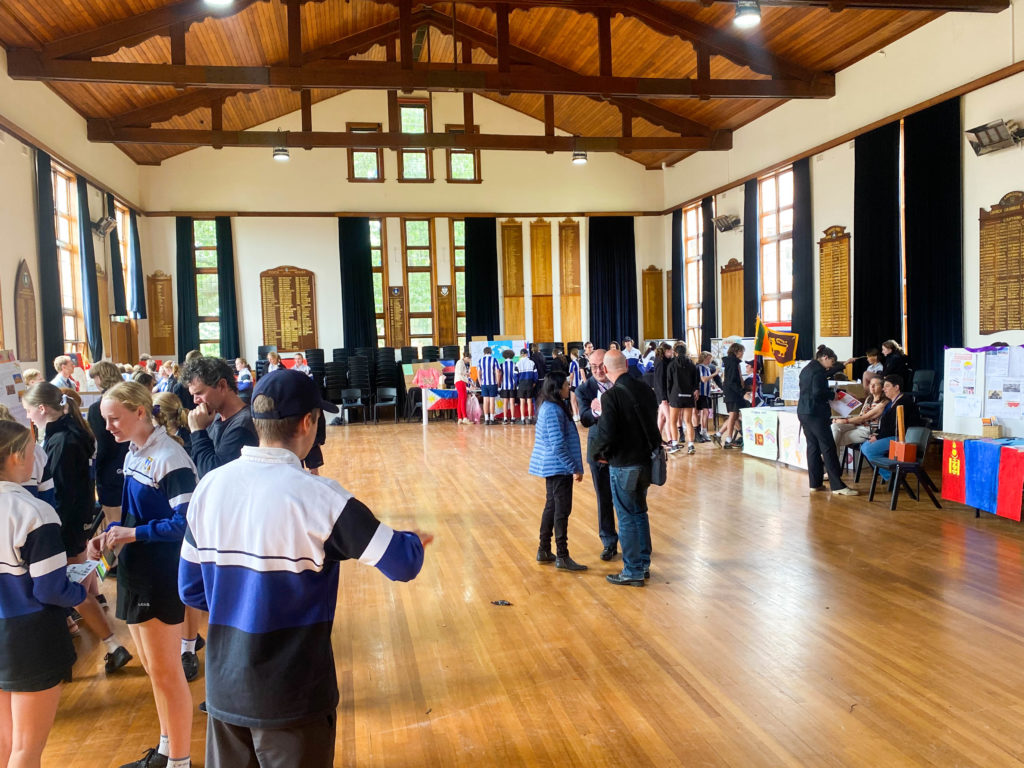 As the end of Term 4 approached, our Grade 8 students stepped away from their traditional timetable to take part in Challenge Week. During Challenge Week, each team had four days to research and create a sustainable Trade Stall at the Asian Tourism and Trade Fair which was held in the Assembly Hall on Tuesday 13th December.

Students were asked to act as Government Executives hired by an Asian nation to build the profile of their country amongst the Australian population for the purposes of tourism and trade. Groups worked together on a variety of tasks to learn about their nation and build their stall. The Best Stall and Leadership award winners won Petrarch’s book vouchers. Throughout the week, students also had the opportunity to participate in Pool Week, a Volleyball competition, and well-being reflection sessions to contemplate areas of growth for Grade 9 next year.

The students performed impressively, welcoming visitors to their stands in the language of their assigned country, showing displays of key exports, favourite past times and cultural activities and handing out specially designed brochures.

Congratulations to all those that took part in the Asian Tourism and Trade Fair, including our winners;